When Dj Greg Entertainment was established in 2011; its intention was to take J'ouvert in Chaguanas to a distinct level.

DJ Greg, the mastermind behind iCandy is a popular radio and TV personality from Win Radio 101.1FM and Win TV. He is known for his passion with music, charismatic personality, and an out of the box thinker. He’s the one who’s always pushing the button to another level, and his level of creativity, youthfulness and passion is just some of what he brings to the band. DJ Greg has been working hard to ensure that each upcoming event is an euphoria.

The concept of iCandy J'ouvert is to give the carnival enthusiasts of Central Trinidad the uptown experience closer to home. The first phase of the plan was the Band Launch and Cooler Party, which took placed on December 10th 2011, attracted over 2000 patrons all of whom were left with a thirst for J'ouvert morning. iCandy was an idea that worked beautifully when the band hit the road for the first time in 2012 with over 800 patrons revelling the streets of Chaguanas in grand style.

iCandy’s 2013 presentation ‘Bubble on the Road’ kicked off to a heated start from its Band Launch on December 1st 2012 which featured Iwer George, Partice Roberts, Swappi, Raymond Ramnarine, Ravi B and KI. Through pouring rain, every act fired up the massive crowd with their performances and left the masqueraders anticipating for J'ouvert morning 2013. The band intends to give patrons “D Ultimate Island Xperience”, and set a standard for others to follow.

Looking ahead, iCandy presented 'Candy Crush' with an exhilarating band launch at Pier 1 , which occurred on November 30th, 2013. This event sparked a movement which attracted 2300 enthusiasts. For J'ouvert morning 2014, the band had 1500 patrons in their tri-color t-shirts which was an eye catcher for Newspapers and Magazines.

From the success of the previous years and the great response so far for 2015’s presentation. iCandy is here to stay. iCandy’s mission is to create a new experience every year and become one of the leaders in Carnival.

But there’s just something special about participating with us. We invite you to discover why thousands of people flock to this transformative event year after year. Moving forward, there is one thing that will remain the same which is "the Ultimate Island Xperience" !

P.S. Would you like to see what iCandy is all about?

With our warm and diverse team we strive to never lose touch to your needs!

Don’t be left out of this stupendous experience…

This email address is being protected from spambots. You need JavaScript enabled to view it.

This email address is being protected from spambots. You need JavaScript enabled to view it. 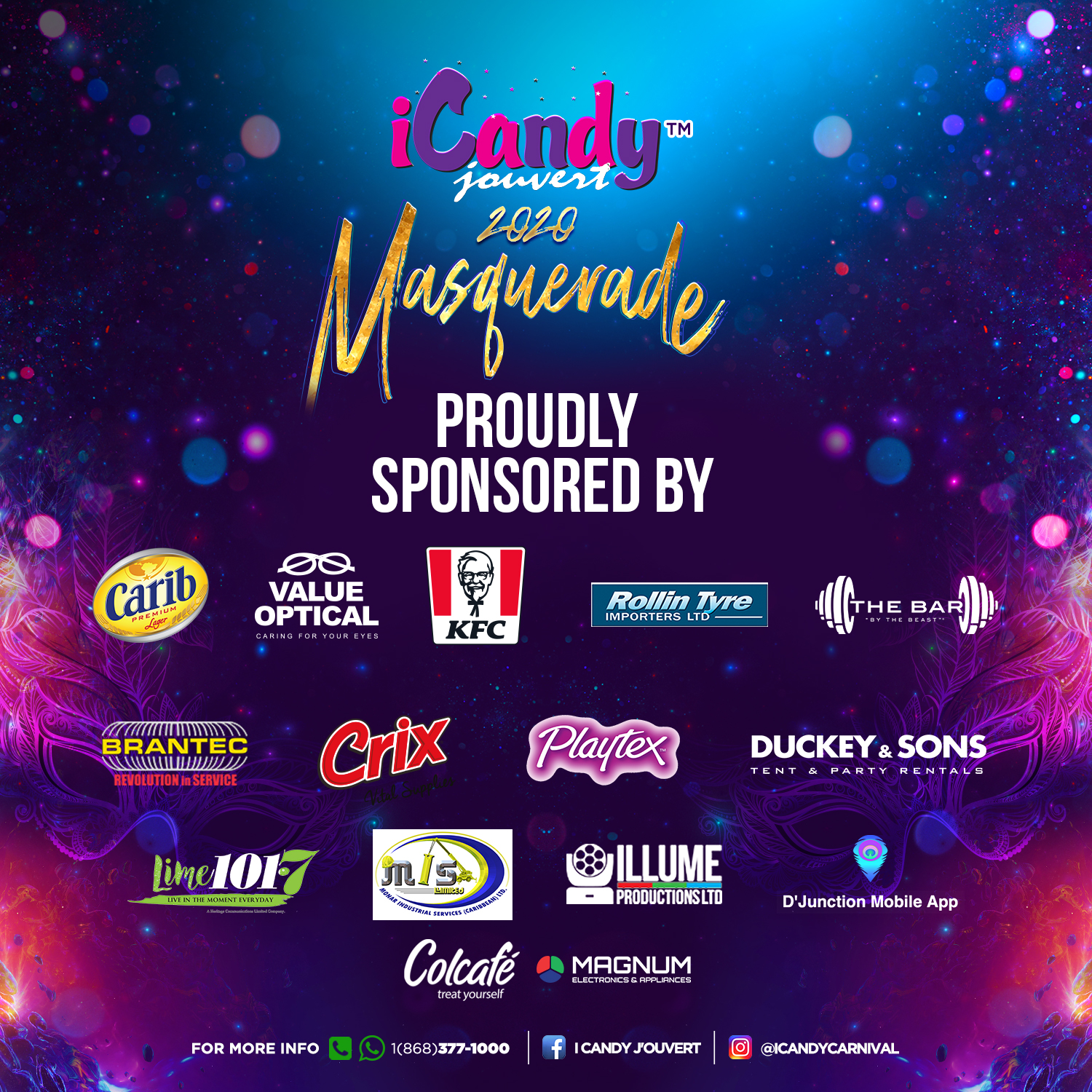